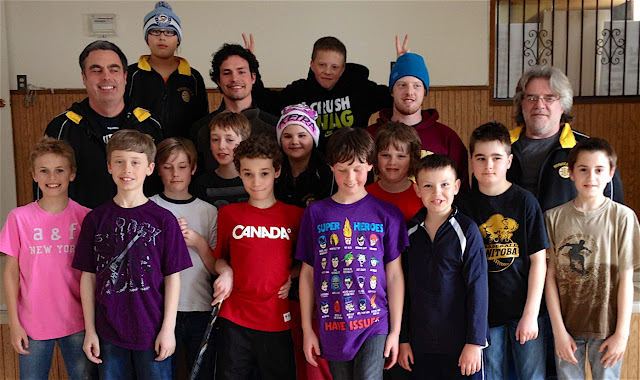 The Bourkevale Bruins celebrated their year-end windup at Bourkevale Community Centre April 7, 2013. It was a great season and a superb time was had by all. A big thanks to head coach Don Rhoden and assistant coaches  Andrew Rhoden, Will Krahn and Brent Luke for their unwavering dedication to our team. Also, no team can function without a team manager and ours — Lisa Lindal — was the very best any team could ever hope for. Thanks Lisa for all your hard work organizing the team. Great job by all the Bruins players who worked hard and improved their play throughout the season. 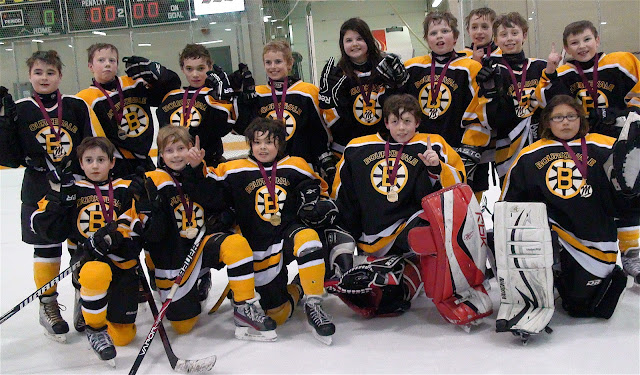 The Bourkevale Bruins were unbeaten in the 2013 Altona Atom Bronze tournament, bringing home gold in a hard-fought weekend series that included games in both Gretna and Altona, Manitoba. The Bruins were 2-0 in their first two match-ups Saturday but faced a fierce opponent in the Morden Hawks Sunday morning at the Gretna Arena.
The game was tied 4-4 late in the third period. And with less than two minutes left in the contest Dylan Schrader knocked in the go-ahead goal to put the Bruins up 5-4. The Hawks, though, weren't about to roll over. And with under a minute left to play, they buried the equalizer to make it 5-5, leaving chilled and anxious fans on the ends of their seats.
A tie game would have seen the Bruins fall short of qualifying for the medal round. But in the dying seconds of the third, the Hawks were unable to clear their zone and with only 17 seconds left on the clock Jayden Wilcox — alone in front of the net — scored the winner to secure a Bruins' victory.
The Bruins played the Teulon Tigers in the gold medal match-up and won handily 5-2 to take home their first ever tournament medal.
The highlight of this tournament, though, may have been the new friendships the kids and coaches made, particularly with the players from the Morden Hawks, whom the Bruins cheered on during the bronze medal match in Altona.
Great job Bruins! 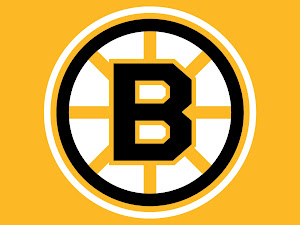 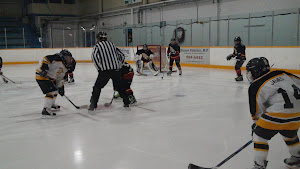